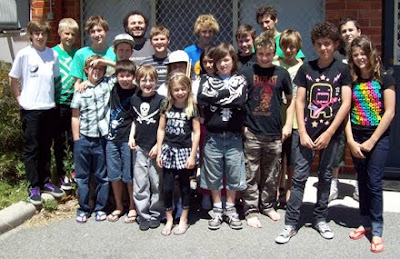 The weekend of the 21st Nov I did a project with the Mr Faz School of music. We had over 20 students, some very young, that recorded a compilation CD. The idea was that the students formed bands (we ended up with 5) and rehearsed 2 or 3 songs ready to record. They then came into the studio and we did the recording. All the songs were recorded in 1 day with the bands basically using the same gear.
Enrico (Mr Faz) and I used the second day to mix and master the CD ready for release to the students that week as an end of year souvenir. The day in the studio was a great experience for the students, the musical ability for the age was incredible, and I picked out some future budding audio engineers amongst them as well.
Posted by Alan Dawson on Wednesday, December 09, 2009