In the studio (Alan Dawson) - Dakota

Dakota have recently had a line up change and as such decided to record an updated demo.  We recorded the band live with only minimal overdubs later, Vocals and a second guitar part.  We spent 6 hours recording 3 songs on Saturday and  plan to mix the songs Thursday night. 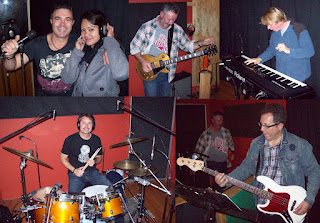