Out live - Gyuto Monks of Tibet

I have had the great pleasure of woking with the Gyuto Monks for the last couple of weeks.  We set up the Fremantle Town Hall for teachings, children's activities and the creation of a Mandela.  Plus a sold out (460 people) concert of chanting.  As well as helping them get to radio interviews and running gear around, I was responsible for sound and lighting during the concert and it all went off without a hitch.  I also recorded the concert which we are reviewing and this may be released later as a CD or Download.

A busy couple of weeks but a great experience. Just added a video of the Dissolution of the Mandela shown below and a video from the concert (Iphone). 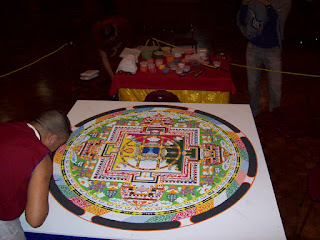 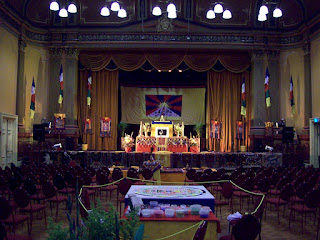 Musician; Currently singing and playing bass with "Empire Blues", previously played with "Heads We're Dancing" and many many other acts. Has been playing live shows since 1975.