In The Studio - The Urban Cowboy 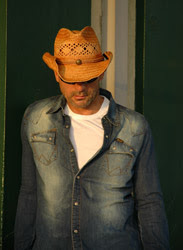 “It’s a mix of Southern Rock, Christian Rock but its just rock, no matter how you roll,” said The Urban Cowboy.  “It’s personal but not leaving it up to individual interpretation would be a sin given its lyrical mastery,”

“Washed" is available for purchase on The Urban Cowboy’s twitter page.

“Washed” was written and performed by the Urban Cowboy in collaboration with composer and guitarist Tom Sterle.  The rest of the Washed team is as follows:  Keiran Dent - feature vocals,  Haydn ‘Ron’ Bishop - bass guitar, Vassya Shevtsov – drums.