In The Studio (Alan Dawson) - The Urban Cowboy Band

The Urban Cowboy Band are back in the studio recording the next single "One God". We spent the whole day Sunday tracking Drums, Guitars and Bass, and have schedules next weekend to track Keys and Vocals.

We also plan to mix the song over the same weekend and have the single ready for a launch gig on July 16th and on air late july.

Update 11/7/11: The band were back in the studio over the weekend to record the Keys, Vocal and backing Vocal, all finished by Sat night, Sunday we mixed the song, it will be released on the web Saturday with a launch at the Railway Hotel. 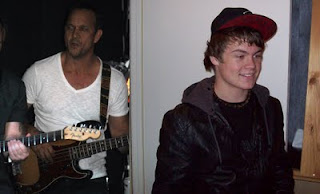