In the Studio and Live

I realised that it's been a while since I posted on the site, so an update of what I am up to.

George Ghasseb: tracked some guides for a CD project, but now his uni studies are in the way so hopefully the project will carry on at a later date.

The Urban Cowboy: We have been working on a new single, but due to everyones commitments and availability the project missed the release deadline, hopefully it can be finished off at a later date.

Mark Edwards: We have started tracking a new album with Mark Edwards, we can't believe it has been 10 years since we recorded the last album!

Me as a sound engineer:  As well as the studio work I have been doing some live mixing around the place, mostly every Wednesday at the Gaslight Club (in the Fly Trap), and the Fly by Night Club, see whats on at these venues via the Fly By Night site.

Me as Musician: Been doing some great gigs with Empire Blues, also occasionally standing in on Bass with Lez Karski, and some bush band gigs on upright Bass with Bluegum. 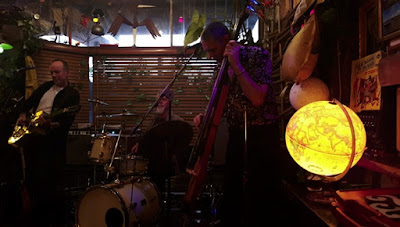